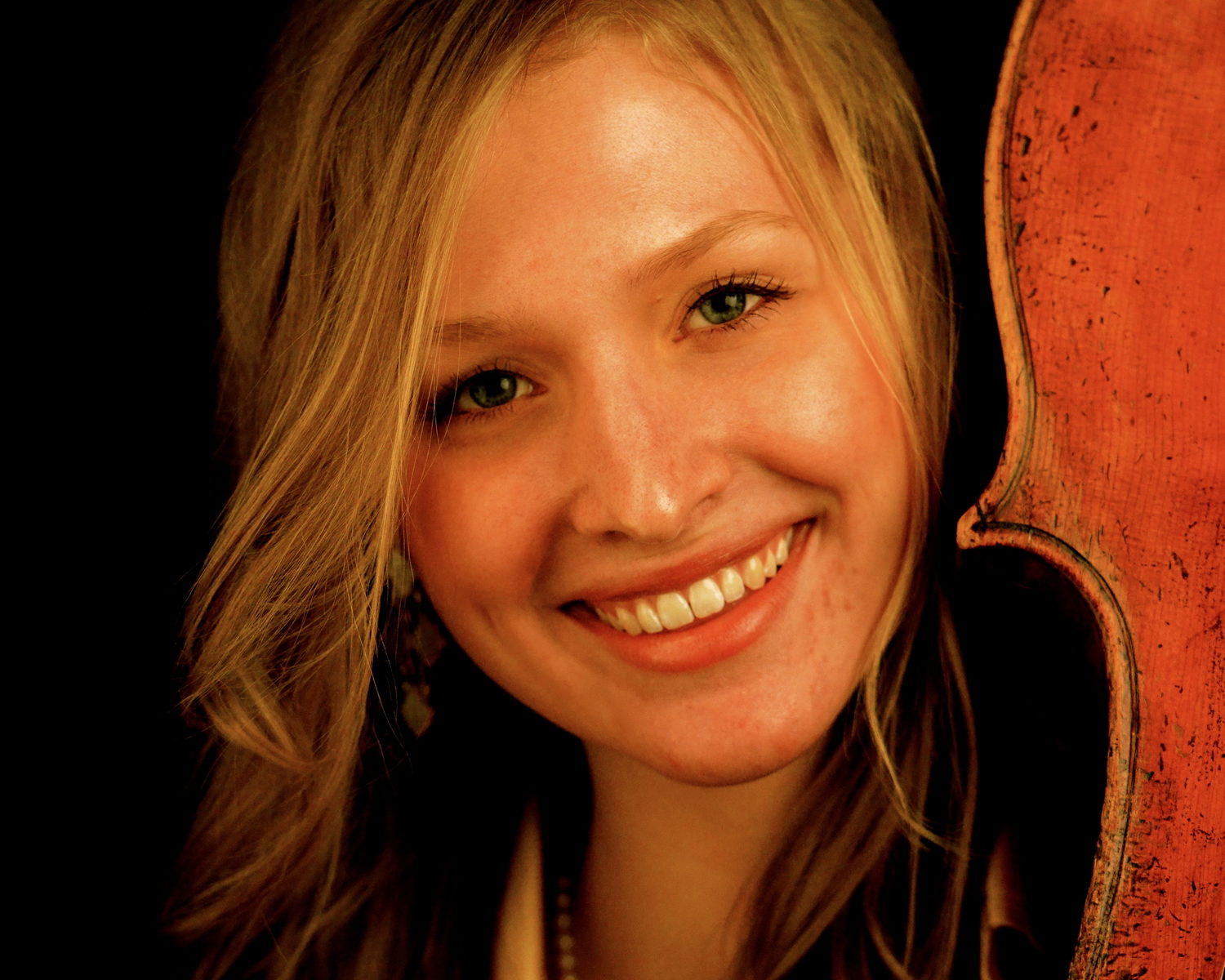 Adversity is like a furnace. It can burn, consume and reduce solid constituents to charcoal, ashes, smoke and heat. What goes into the fire of sorrow and difficulty always exits as something different and potentially useful.

Ashes can be scattered to fertilize new growth. Charcoal can become an art medium. Heat can warm entire civilizations. Smoke can become the ambient medium of memory and love.

From time to time – in the fires of life – the divine hand reaches down, opens the furnace door and feeds the flames with broken dreams, spent arrogance and misplaced sophistication.

It’s during those times – when the door is open – that sparks fly out.

Arlen Hlusko, a 26-year-old cellist fellow with Ensemble Connect at Carnegie Hall in New York City, is one of the sparks that rolled across the utility room of life, landed in the wall, and set the house ablaze.

She doesn’t speak of her sorrow.

“It’s something I haven’t told most people,” she explains.

And why should she?

From a practice room in the famed concert venue in Midtown Manhattan, the former Calgary Alberta resident and Hamilton Ontario native radiates with an elliptical smile and kind blue eyes. If there are ghosts in Carnegie Hall, Hlusko chases them away.

“When I was 14-years-old, I moved to Mount Royal College in Calgary where I studied cello,” relates Hlusko.

“My family couldn’t move at that time, but they were very supportive. It was amazing, and I’m really glad I did it. But it was hard to leave my family. It snowed three days after my move and it was a 45-minute walk to my high school.”

“I didn’t bring any winter clothes.”

While studying at Mount Royal College, Hlusko attended Bishop Carroll, a “do-it-yourself high school” where students signed out textbooks and booked their own exams. She graduated at age 16 in 2008.

After high school, Hlusko’s career was like an atmospheric jet stream, which originates in the west as an invisible oceanic force, and arrives in the east as a cool breeze. Displaced by the winds of time, ambition and creativity, she broke through the clouds of youthful independence and landed at Colburn Conservatory in Los Angeles.

While in Los Angeles, she oriented her career toward community service. At 17, she began serving with Youth Orchestra Los Angeles, an organization that provides teaching and mentorship for disadvantaged youth.

“It was fun knowing that most of the kids would never have access to this type of program. Many people had poured so much into me. It was my time to give (the music) back to others.”

After two years, she transferred to the Curtis Institute of Music in Philadelphia.

“It’s famous because it has a three per cent acceptance rate, which is lower than Harvard. Many of us who were accepted went into it with this really deep fear of being a fraud.”

While studying at Curtis, Hlusko channeled her Los Angeles experience into volunteering with Play On Philly, an organization that provides youth with opportunities for personal growth and music mentorship.

She began playing cello in homeless shelters and prisons.

“I had a lot of flexibility in developing my own programs,” explains Hlusko with surgical articulation.

“I also played for Alzheimers patients. What if I could find a way to use music to help these people? With Penn Memory Center, I put together a series of cognitive packets. My idea was to track patient progress over time to see if there was a cognitive change.”

Hlusko’s innovative music therapy proved efficacious for Alzheimers patients in the Philadelphia area – several of whom had significant increases in short-term cognitive and social function.

“My first visit was the most memorable,” recounts Hlusko.

“The patient went from being subdued, unresponsive and anxious, to really opening up. It was a beautiful thing to see. She started singing along as I played. She then started conversing between pieces – and by the end of the session she was completely with us.”

Hlusko now lives in New York and plays concerts with Ensemble Connect at Carnegie Hall and The Julliard School.

“We also perform in schools, prisons and hospitals,” she explains.

“Each fellow at Ensemble Connect is partnered with a school through the Department of Education. We visit the schools each week. It’s an effort to bring music more deeply into the lives of students.”