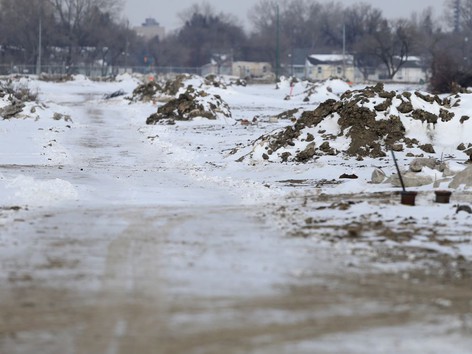 With demolition at the Kapyong Barracks site scheduled for 2021 completion, a Treaty One Development Corporation, Canada Lands Company megaproject in west Winnipeg has taken a major step forward.

In a conversation with the Winnipeg Sun on Thursday, Tim Daniels, chief operating officer with T1DC allayed concerns about the development’s contribution to the community. He said urban economic opportunity for First Nations means economic opportunity for the entire community. He said there are currently two urban indigenous economic zones in Winnipeg creating prosperity for stakeholders.

“The whole site will be serviced by existing infrastructure that surrounds the community,” he said. “It’s up to the development corporation to invest in that community as far as infrastructure. We will be paying for that infrastructure. Like other municipalities, we’ll be looking for grants to assist with that.”

In lieu of municipal taxes, Daniels said T1DC will enter into municipal development service agreements with the city. He said the development will create myriad opportunities for Winnipeggers, including work for general contractors and engineers.

“There’s also the financing of these projects,” he said. “So there are opportunities for financial institutions and others to make money, as well as the supplies and services for all our businesses, like wholesalers, fuel suppliers and maintenance contractors. So there are spin-off benefits for outside entities that will hire more people. In turn, those people will spend their hard-earned money in other Winnipeg businesses.”

“In addition to housing, retail and commercial, the site will also feature lots of park spaces, thoughtful landscape design, innovative sustainable development approaches, commemoration opportunities, and connections through and into the site from existing neighbourhoods,” he said.

Once completed, the development could accommodate between 2,300 to 3,000 homes and between 915,000 and 1.2 million square feet of commercial space. Kapyong is the largest multi-use project in modern Winnipeg history.

In a press conference on Thursday, Winnipeg Mayor Brian Bowman told media he supports the consortium’s development, adding the property has done little for the City of Winnipeg over the last decade. In terms of municipal development service agreements in lieu of civic taxes paid by First Nations, he suggested the province should provide some financial assistance in the context of the agreements.

“There has been dialogue with our officials and Treaty One, and there will be ongoing (dialogue) at the appropriate time,” he said. “I’m looking forward to hearing more from the Treaty One chiefs and organization to see how we can work collaboratively with them. This is a significant piece of real-estate.”