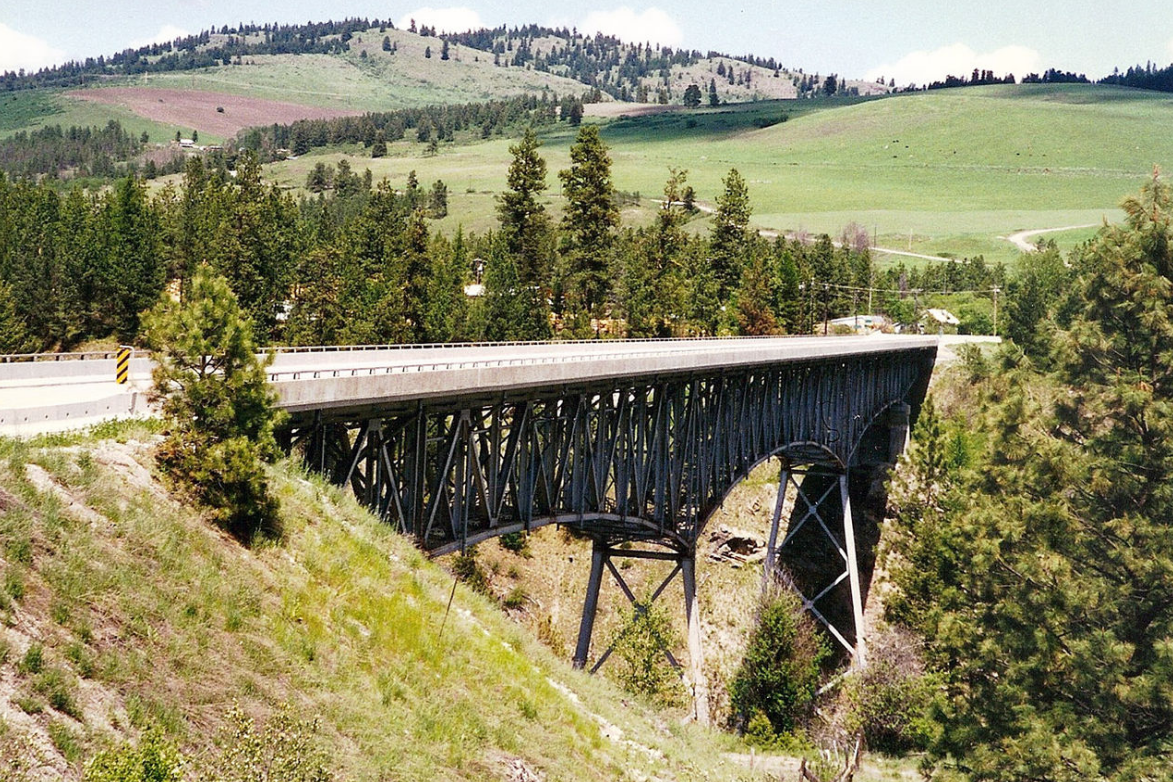 Highway 3 which undulates along the B.C., Washington State, Idaho, Montana border from Hope to the prairies, is celebrating its 70th birthday this year. The iconic stretch of blacktop sutures together some of Canada’s most scenic and hostile terrain – from the goldfields of the Fraser River, to the beaches of Osoyoos, to the jagged peaks of Fort Steele, to the devastation of Frank’s Slide.

In summer, the highway is packed with RVs, transport trucks, and thousands of tourists eager for adventure. In winter, the route is less populated. The fruit stands of Creston and Keremeos are shuttered. Residents head for the mountains in search of firewood. The leaves turn colour and fall onto the stubble of empty backyards and harvested alfalfa fields.

There are ghosts along Highway 3 – Chinese miners, Montana gun fighters, local farmers, and construction workers. They pace the blacktop and back alleys of places like Rock Creek and Anaconda – all wanting to be more than just a footnote in a dusty old textbook.

Luckily for them, Daniel Marshall PhD., is a keeper of such books – a keeper of ghosts. The Victoria based historian, adjunct assistant professor at UVic, and author of Claiming the Land: British Columbia and the Making of a New El Dorado, has made Southern Interior history his life’s work. He has much to say about Highway 3, which began as the Dewdney Wagon Trail in the mid 19th century.

Marshall explains that building the highway was a significant tool for Governor James Douglas “The Father of British Columbia” to establish British Sovereignty in a time when American miners and ranchers moved unchecked over the border.

“There was always this thorny issue of miners coming up from California using the inland routes around the Columbia and Okanagan River systems – crossing over in places like Osoyoos,” he said. “The Americans were running steamships right up the Columbia.”

Marshall said there was a possibility for American annexation of the British territory. He said Douglas deployed a myriad of actions to assert authority in the Fraser River, but the en masse American migration into the Okanagan remained a problem.

“This was the incentive to build a first road, if you will, the Dewdney Trail across the south on the Similkameen River towards Rock Creek,” Marshall explained. “Then the gold excitement spread into the Kootenays – again, how to assert authority – roads were absolutely key to getting people out on the land to ultimately build a settler base.”

Marshall said the colony was at risk of not surviving at all, but for the extensive road building that Douglas initiated.

In the early 1900s, the Province began upgrading the trail to a road. Today, eighty per cent of the present-day Highway 3 follows Douglas’s trail. In 1928, the highway was the first vehicle route that connected the Lower Mainland to the Alberta border.

The B.C. Ministry of Transportation and Infrastructure Online states, “In the early morning hours of Saturday, Jan 9, 1965, nearly half of Johnson Peak, just east of Hope, collapsed into the Nicolum Valley, destroying a section Highway 3. The valley bottom was filled up with mud and rock 200 feet thick.

A lake at the slide area was completely erased. Crews worked 13 days straight in order to reroute the highway. Visitors to the area today can pull off the highway and visit a monument dedicated to the event.”

With the opening of Highway 1 through Revelstoke in 1962, Highway 3 was relegated to alternate corridor status between the Lower Mainland and Alberta. Efforts were made to promote the southern route as more scenic. In the 1970s, an Alberta group spearheaded an effort to rename Highway 3 in both provinces. Their efforts were successful when the route was renamed the Crowsnest Highway in 1977, with new route shields appearing a few years later. As part of the first phase of the Coquihalla Highway which opened in 1986, a seven km section of the Crowsnest Highway was upgraded to a freeway, including a small section that was bypassed within Hope, now known as Hope-Princeton Way.

The town of Frank, (population 85) which sits on the Alberta border, adds to the rich history of the Crowsnest Highway. In 1903, the mountain above town partially collapsed, depositing 110 million tonnes of limestone on Frank. The event took just over a minute, and entombed approximately 80 people. Only a few human remains were found during the construction of the Crowsnest Highway. Approximately 20 coal miners were inside the mountain during the slide. Others outside were killed. Because of falling rock, the miners were forced to find an alternate exit. Hours later they broke through a coal seam into open air.