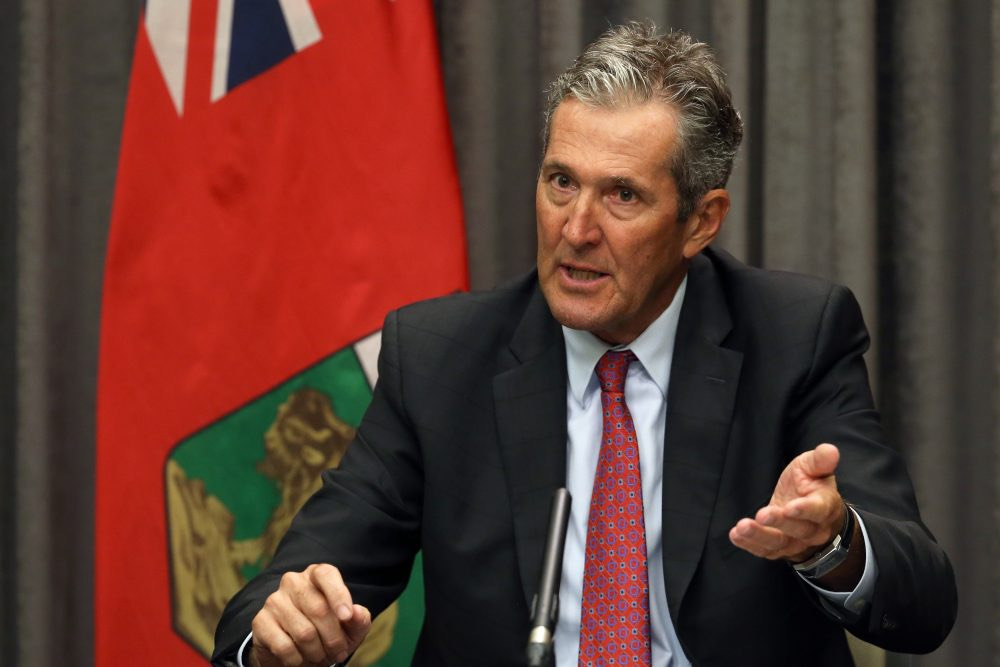 The Manitoba economy is showing signs of life despite a protracted COVID-19 economic downturn that created considerable unemployment.

Based on July’s Statistics Canada Labour Force Survey, Premier Brian Pallister said in a press conference on Friday that local and national economies are progressing despite COIVID-19, adding 60% of Manitobans who lost their jobs during the pandemic are back to work. He said the provincial unemployment rate is down to 8.2%, the lowest in Canada. Full time employment is up by 6,200 people, over double the national average.

In a news release, the province said 12,400 jobs were added in Manitoba from June to July. The private sector, which includes self-employed workers, increased by 8,600 jobs, a 1.9% gain from June to July. Education, accommodation, and food services saw the largest changes in the same time period. Manitoba continues to lead the nation in youth employment, the province said.

Pallister said despite the gains, the province hasn’t achieved a full economic recovery, adding the Manitoba Gap Protection Program (MGPP), which provides a one-time $6,000 non-interest bearing forgivable loan to eligible Manitoba businesses, will be extended to October. More than 8,500 businesses have subscribed to the program.

“We have 34,265 reasons, because that’s the number of Manitobans who were employed a year ago that aren’t employed right now,” he said. “This is not the time for a victory lap. The success that we’ve had in terms of economic restart is entirely due to our wiliness to follow the fundamentals that our public health officials have repeated to us.”

The province is also extending its wage subsidy program, which encourages Manitoba employers to bring back employees or take on new hires. The program covers 50% of wage costs between July 16 and Oct. 31.

“Manitoba, although it is reopening faster than many other parts of the country, is still not reopened, and there are a number of small businesses still looking to add staff,” Pallister said. “We want to assist them like we have up until now.”

Pallister said Manitoba’s economic recovery is intertwined with maintaining COVID-19 health security, adding if residents care, they should act like it. He urged Manitobans to follow the public health fundamentals of hand washing, staying home when sick, and practicing social distancing.

“With all the temptations this beautiful weather presents to us, there’s a real danger if we let our guard down,” he said. “It’s obvious that guard has been let down in some parts of our province. It’s obvious that can’t be let down again.”

Provincial Liberal leader Dougald Lamont (MLA, St. Boniface) said in a statement the province is patting itself on the back for deploying programs that don’t work, adding the economy wasn’t working before the COVID-19 crisis. He said a full-time job, or multiple part-time jobs, are frequently not enough for people to pay bills.

“You can have low unemployment numbers, but many people are still struggling,” Lamont said. “Insolvencies were on the rise, more than 75,000 people were on social assistance, and more than half of Manitobans were $200 a month away from insolvency. Just yesterday, the Canadian Federation of Independent Business said between 1,000 and 5,000 businesses could close, depending on the recovery.”

Lamont said Manitoba needs a plan to help families and businesses survive the COVID-19 crisis, adding the Pallister government hasn’t delivered a plan at all.