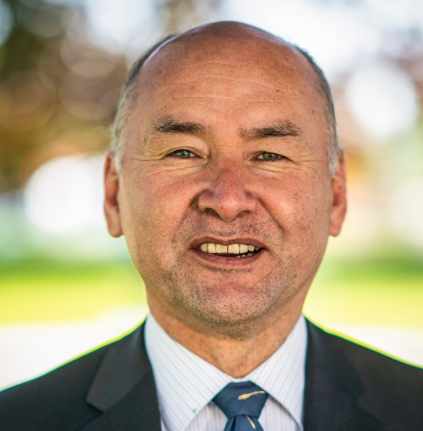 As blockades and protests continue across Canada over a dispute between Wet’suwet’en hereditary chiefs, the federal government, activists and supporters of the Coastal GasLink Pipeline (CGL); indigenous leaders are polarized over different versions of the truth, which could scuttle nascent reconciliation efforts and the future of Canadian energy development.

The United Nations helped precipitate the conflict on Jan. 7, when the Elimination of Racial Discrimination Committee called on Canada to stop the development of the CGL. Nine days later, committee chair Noureddine Amir conceded that he was unaware that the CGL had broad Indigenous backing. On the same day, Karen Ogen-Toews, chair of the First Nations LNG Alliance and former Wetʼsuwetʼen elected chief, wrote an open letter to the UN asking for a retraction and immediate apology to the 20 First Nations, who are in favour of the project.

Niigaan Sinclair, PhD, Associate professor of Native Studies at the University of Manitoba, and award-winning columnist with the Winnipeg Free Press, supports the Wet’suwet’en hereditary chiefs in their effort to become energy stakeholders.

“Truth and Reconciliation is a hard thing to talk about right now, because there’s just so much violence,” said Sinclair, who gave the closing speech at the fourth-annual Truth and Reconciliation Gathering in Thompson, Manitoba on March 4, noting the animosity in the current relationship between indigenous and non-indigenous people. “I tried to be hopeful today, and understand that reconciliation is happening at the micro level, but at the macro level, we’ve got a lot of struggles.”

Sinclair explained that one of the purposes of his speech was to inspire people to make incremental steps in micro-reconciliation, as a means to long-term changes to the overall big-picture of Truth and Reconciliation.

“It happens within their classrooms and their offices, within libraries, reconciliation happens there,” explained Sinclair. “The entire world can change.”

Sinclair said the Wet’suwet’en issue, and the ongoing blockades and demonstrations are “indicative of a longstanding violence involving indigenous land, the theft of that land, and that Canada will always trample on indigenous rights when the economy is in question.”

Sinclair explained that his community was moved at gunpoint in 1907.

“And now the Wet’suwet’en nation, the same thing is happening,” he said. “That is what happens every time Canada has an economic need, they just move the Indians off the land.”

Ellis Ross, a former councillor for the Haisla First Nation, and B.C. Opposition MLA for Skeena – one of the flashpoints for the current transnational conflict involving the hereditary chiefs, said Sinclair’s comments about the Wet’suwet’en are false.

“That is not true at all,” he said in a phone interview with the Thompson Citizen. “To think that B.C. and the RCMP and Canada are coming in and forcing natives off their land just like they did one hundred years ago is reckless. That’s irresponsible. It’s pretty sad that these professors are actually going around and not really telling the truth about what’s really happening here in B.C.”

Sinclair said the recent agreement between the federal government and the hereditary chiefs of the Wet’suwet’en is a positive step, but challenges remain.

“It is an interesting one,” he said. “It comes from a moment of conflict, but in the end it’s the first time the federal government has recognized the hereditary chiefs, the traditional governance system. The problem is that you can’t have your cake and eat it too. You can’t say the Indian Act is still going to keep operating, but we are going to accept the hereditary chief model now, we are going to adopt that into the Indian Act. You cannot adopt the two.”

Academics like Sinclair are “totally misrepresenting the story,” said Ross.

All First Nations affected by the CGL, “21 or 22” have gone through an extensive process of consultation explained Ross.

“We are not stupid out here,” he said. “We celebrated the Haida court case that came out in 2004, which meant that governments and industry have to take us seriously – and to their credit they did. That’s why we have success out here. This is what the activists are refusing to tell the rest of Canada and the world. They are misrepresenting the truth.”

If Canada’s civil unrest continues, the U.S. will “laugh all the way to the bank,” said Ross, suggesting the climate agenda is about economic domination.

“You don’t see this stuff happening in China and Russia and the United States,” he explained. “Basically Canada is too nice and polite. Canadians don’t stand up for their own economy or country. We’ll continue to send our resources to the United States at a discount.”