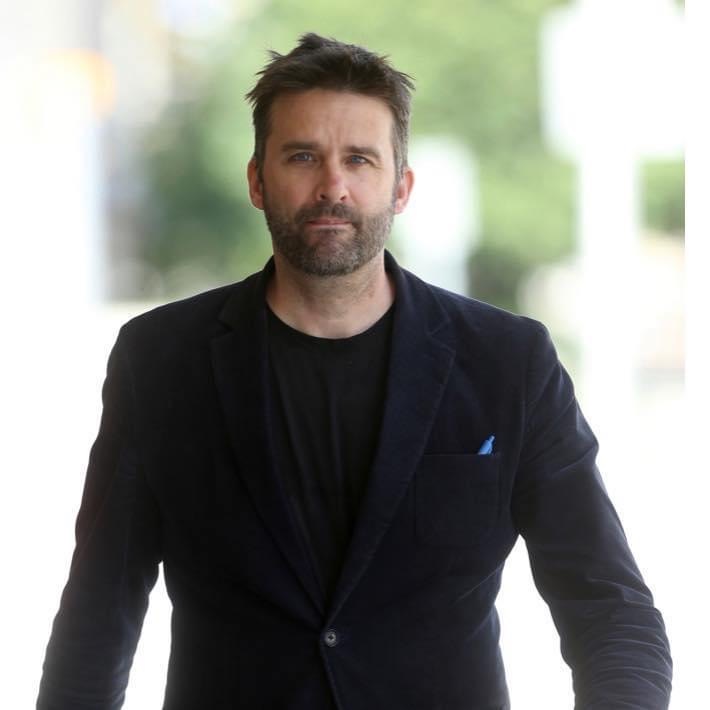 In 2008, my father walked into the bedroom that he shared with my stepmother and little brothers, pulled a hunting rifle from under the bed, loaded a bullet, and ended his 35-year battle with schizophrenia and major depression. A week later I painted over the blood splatter and filled the bullet hole in the ceiling with my older brother. This was the end of my father’s story, and the beginning of my career as a storyteller.

The journey to how I became homeless began in 1977 when my dad and mom had a falling out over an extramarital affair. One day my dad was normal, the next he was catatonic, staring at a wall in the psych ward. My dad’s illness precipitated a cascade of instability that eventually led to divorce. We left our luxury home in west Langley, B.C., and ended up in low income housing. My mom entered a series of abusive relationships that led to alcoholism and her bipolar disorder diagnosis.

The first relationship was with a former member of the Danish Royal Guard, who moved us to a ranch near Kamloops, B.C. We built housing from the ground up. My bedroom, which had no insulation in the ceiling, was separate from the main house and attached to the back of the garage. I’ll never forget the sound of rats crawling around in the attic.

One day, a hang glider landed in our hay field. It was as though Jesus himself had arrived. A short time later, I began gliding lessons in the hills around Savona, B.C. One night around the same time, my mom’s boyfriend got drunk and roughed me up. I ran in my bare feet all the way to a nearby farm. We moved out a week later. My mom got a job at a French fry factory to pay our bills, and finance my flying lessons.

A year later, she married the business manager of a local First Nation. It was great at first – driving around in a T-top Camaro listening to Robbie Robertson, but the fun came to an end when we moved to Pritchard, B.C. My stepfather lived in a converted log shop with wood heat and one bedroom. I slept on the sofa next to his record collection.  A few months later, I moved into a small log cabin at the rear of the property. Isolated from my hang gliding instructor and friends, I fell into depression.

I moved back to the Vancouver area with my father and brother at the beginning of Grade 11. I attended Maple Ridge Secondary School and got a job as a busboy at an Italian restaurant. By this time, my dad was in and out of work as an entrepreneurial geologist and mining promoter – there was no money most of the time. At the end of Grade 11, my dad came home from the office, gave us each a $100 bill, and said we were on our own. That was it.

With nowhere to go, I set up camp in my vehicle and plugged into the back of the restaurant at night. I stayed in school, but was told by the local welfare office that I needed an address in order to qualify for housing support. I remember going to look at an apartment that smelled of cigarettes. I decided to continue living in my vehicle.

I moved back to the Kamloops area in 1991, rented a room in a house, and signed up for welfare assistance. I got a job at a gas station, but was fired a short time later. By the time I graduated from high school, I’d moved approximately 25 times. Having failed two grades, I was almost 20 years old.

Carrying the burdens and trauma of childhood, I got married two years later. It was an insane choice brought about by my own undiagnosed mood disorder and loneliness. I got a job as a mining exploration prospector in the Yukon and eventually dropped out of college. Without a degree, I got a job as a geologist in Alberta and had two children by the age of 27.

In the winter of 1999, while supervising the drilling of an oil well for Gulf Canada near Fort McMurray, Alta., I stopped sleeping. It was the beginning of a terrifying, seven-year journey of walking in my father’s footsteps. I fell hard under the crushing power of mental illness. I got divorced, fell into prescription drug and alcohol abuse, and again took up residence in a vehicle. I was at my worst when I heard the news of my dad’s suicide.

My road to recovery is paved with a series of miracles involving finding community, purpose, friendship, faith, persistence and the right health intervention – most of the things needed to recover from poverty.

There’s a reason why I’m sharing a bit of my life with my readers – it’s not about airing dirty laundry, or seeking personal catharsis. It’s not about coming out of the mental health closet to inspire a call to social justice. There are lots of qualified people in Winnipeg doing that already. The reason is this – stereotyping hurts. We all know that right? Making assumptions, casting aspersions, and discriminating against people is wrong. Getting to know someone – after all – requires time, effort and modicum of insight.

What’s equally dangerous is making positive assumptions about people who appear healthy, wealthy, and privileged. To most, I’m a tall, reasonably attractive, smart, white male who has never suffered a day in his life. To the adherents of identity politics and intersectional feminism, I’m an unknowing instrument of oppression – tag-teaming in the arena of white privilege.

The next time you’re tempted to look down – or up – at a person or group of people, remember this – stereotyping hurts.