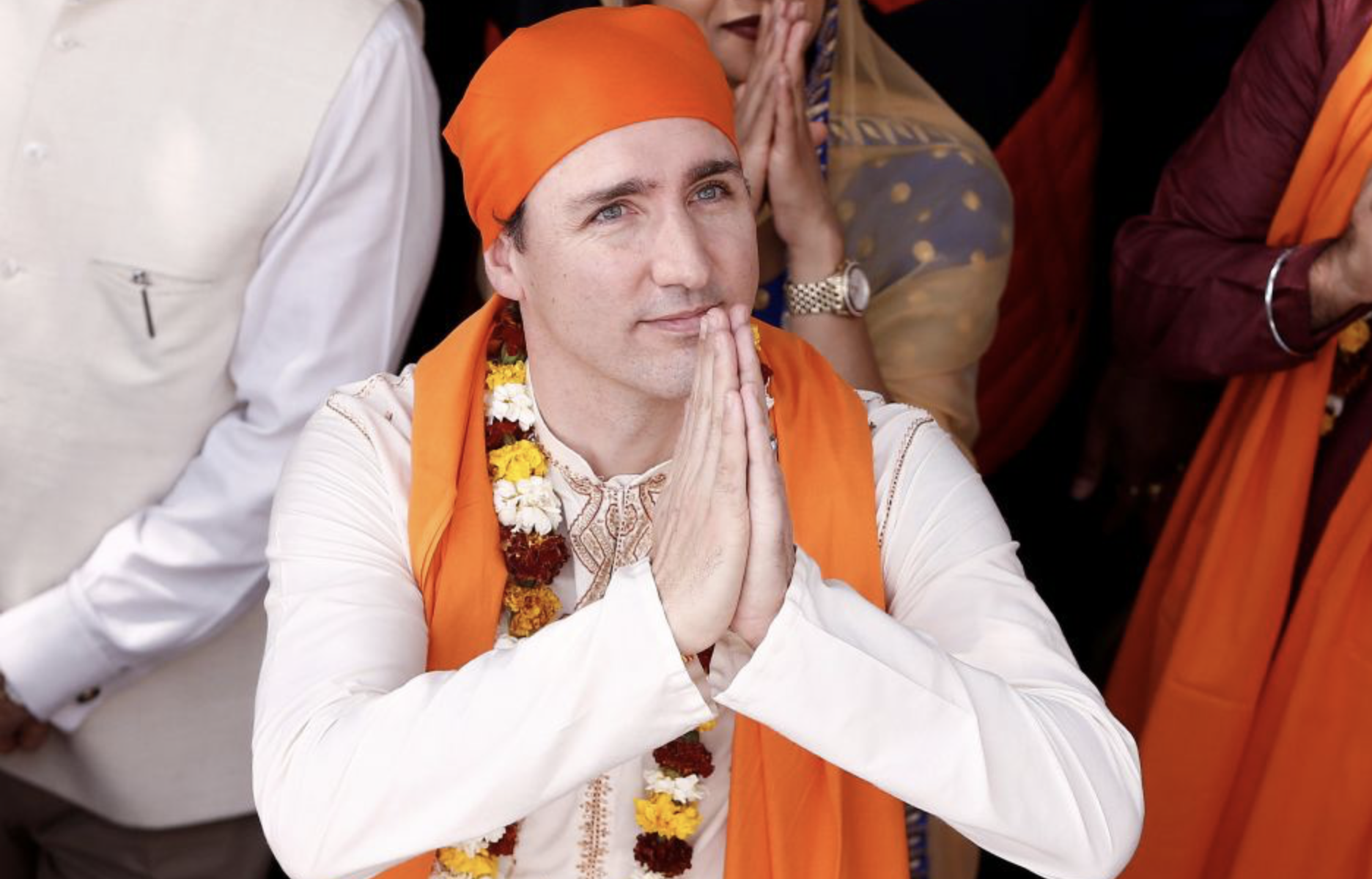 Thirty years ago, Pierre Elliott Trudeau said, “There’s no place for the state in the bedrooms of the nation.” His comment referred to an omnibus bill that changed the Criminal Code of Canada to decriminalize homosexual acts. Trudeau’s declaration and legislation vindicated generations of gay Canadians. It also symbolized, along with his pirouette behind Queen Elizabeth, an absolute end to the unification of church and state in Canada.

Pierre Elliott died in 2000. As the nation drifted under postmodernism, a new religion arose and reunified church and state. Despite the church’s origin being unclear, we do know that Pierre Elliott’s son, Justin, simultaneously became its high priest, and the prime minister in 2015. The movement, initially called political correctness, is now branded as intersectionality.

Pierre Elliot, who sowed the seeds of grandiosity in his son, is rolling over in his grave. More blackface pictures of Trudeau have emerged, threatening to topple the nascent church, and its Ottawa affiliate, the Liberal Party of Canada.

Other pictures show the prime minister invading the personal space of rising tennis phenom Bianca Andreescu. For the next few weeks, the ghost of Pierre Elliot, burdened by the chains of irreverence and fame, will pace the marble hallway outside his son’s office.

In the Canadian Church of Intersectionality, Prime Minister Justin Trudeau presides over a congregation of good people: all races, gay, trans, straight, left and right. They’re arranged in a vast ideological glass cathedral. Seating is based on ethnicity, gender, sexual orientation, and proper thinking as determined by the Church.

A diminished Trudeau, robed in self-affiliated piousness, still reads from the scriptures of identity politics handed down to him by his Archbishop Gerald Butts.

From the campaign pulpit, Trudeau remains a great apologist, pitching ad hominem communion wafers into the back row of the sanctuary, striking the church’s untouchables, mostly male resource workers, conservative families, and effigies of Jordan Peterson.

Everyone else celebrates intersectional eucharist at the altar. They drink the wine of antidisestablishmentarianism and eat vegan wafers. Holy water is then dispensed, cleansing the worshipers of racism, sexism, homophobia, transphobia, ableism, xenophobia, islamophobia and classism. The demon of white privilege is then exorcized by deacons from the parish of Academia.

The Canadian Church of Intersectionality is open for confession once a year. June 6 at 6 p.m. By that time next year, things will be different for a blackfaced Justin Trudeau, who – like the great televangelists before him, was caught suckling at the teat of hypocrisy. He has, after all, broken the Church’s highest command. “Thou shalt not throw stones inside the cathedral.” His punishment will be defrockmentand banishment to Intersectional Hell, an abyss populated by gender studies dropouts, female supporters of Maxime Bernier and R. Kelly.