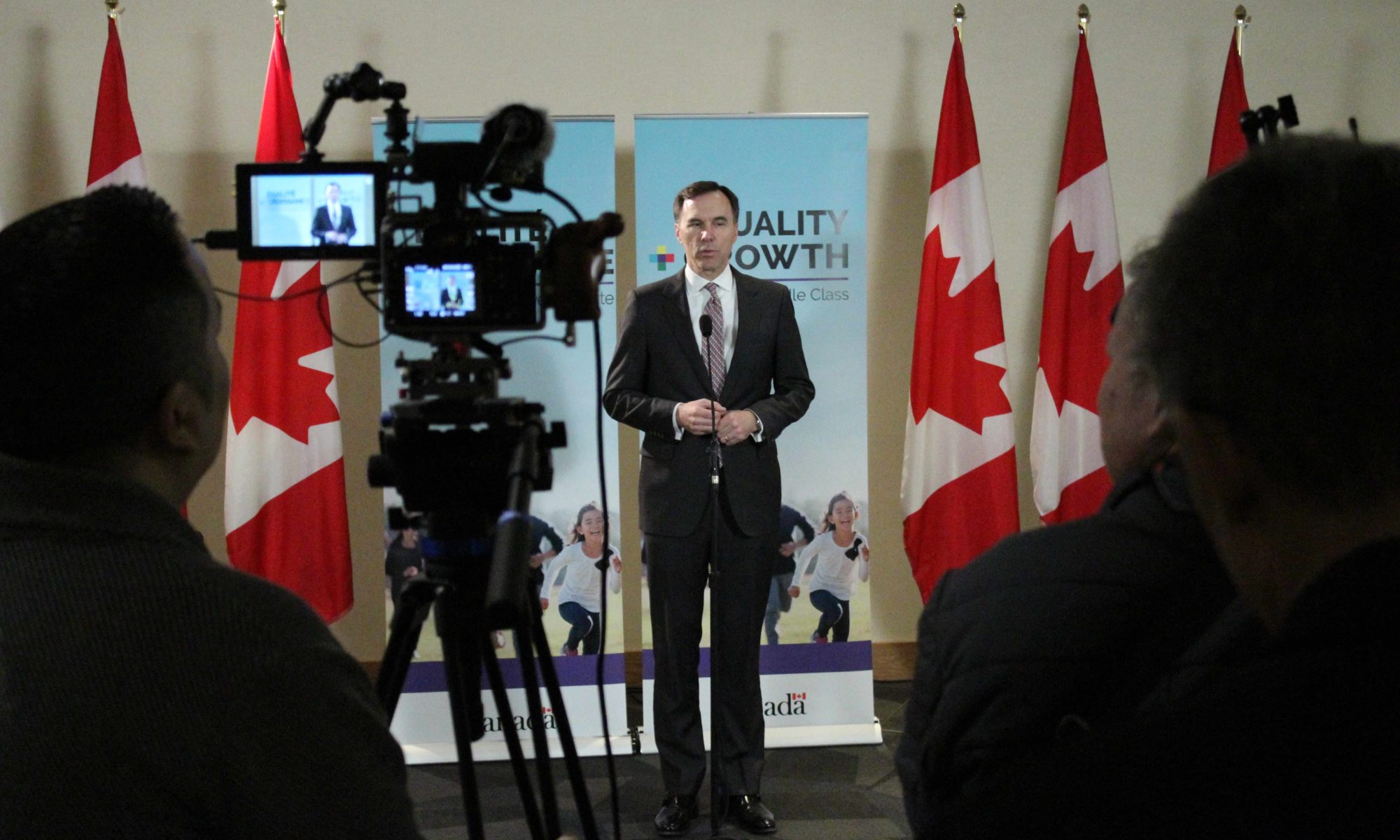 The Canadian economy is like an aging quarter horse – prone to standing still for extended periods, with the capacity to run on occasion. Farmers, foresters, miners and energy workers are the heart of the animal – foot-soldiers of wealth generation in the richest country on earth. Teachers, entrepreneurs, and emergency services are the eyes and hooves that guide us to the feed-trough and carry us away from danger.

Stalled-out grain shipments, bitumen-backlogs and anti-pipeline activists are the systemic blood clots that form during periods of inactivity. The great Canadian economic horse feeds in the barnyard of natural resources. It consumes grain and fossil fuels . . .  and craps-out transfer payments.

Prime Minister Justin Trudeau and federal Finance Minister Bill Morneau are the naughty city kids who show up at the farm on a mission to ride the old horse. Carrying the apple of fiscal responsibility, Bill Morneau, who allegedly stables offshore Thoroughbreds, lures the economy into a mountable position. Justin Trudeau emerges from the barn brandishing a whip. He leaps onto the horse and digs in his heals. The economy runs straight through the nearest fence.

Bloodied by the lacerations of plummeting currency and international embarrassment, the horse eventually collapses in a cloud of dust and broken dreams. Prime Minster Trudeau sheds his garments under the cover of darkness and disappears into the night.

On March 7, 2018, Finance Minister Bill Morneau took a break from his barnyard shenanigans and gave speech to the Calgary Chamber of Commerce. The suit-clad audience clustered around the Telus Convention Centre podium like a pack of starving dogs – eager for a few scraps of fiscal meat. They received no meat, and returned to prowling the streets of Calgary in search of economic sustenance.

Morneau, a multimillionaire venture-capitalist and dynastic wealth recipient, did talk about gender. Using the foam hammer of social justice, he pounded the audience with banal, neo-Marxist virtue-signaling.

“We see that among the most significant long-term challenges we have to face across the country is our demographic change. We need to make sure that every Canadian has an impact on our economy. Every Canadian has a real, fair chance at success.”

Morneau expanded his economic vision by quoting one of his children:

“We cannot all succeed if half of us are held back.”

He pacified the audience with generalizations about local economic anxiety and Canada’s struggling energy sector.

“We found a way to make sure that we got more people into positive situations,” he declared.

A quiet sense of confusion entered the auditorium as Morneau continued to promote failed-state economics and government heavy-handedness. The more he spoke of equality – the less believable his rhetoric became.

It became apparent that he cares nothing for advancing the worthy cause of women and girls. What he does care about is money – or the federal government’s lack of it. The equality Morneau spoke of isn’t about feminism. It’s about Canada’s balance sheet. The finance minister wants more women in the workforce for one reason – more income tax revenue. Canadian families – evidently – are not giving enough. They are not working enough.

“If we had a situation where workforce participation was higher, we could add $150 billion to our economy be 2026,” he explained.

“If woman and men were equally participating in the workforce, we would’ve had a 4 per cent larger economy in 2017. Women are currently at 61 per cent workforce participation.”

“We know that it’s a critical determinant of women’s success,” he asserted.

Morneau ended his speech with the several good points about First Nations communities.

“We said it’s not OK that Indigenous Canadians have situations on reserves where they don’t have access to clean drinking water,” he said.

“So we put more money in the budget to ensure that every Canadian has access to clean drinking water by March 2021. It’s a goal that we’re not going to miss. We also put more money into indigenous healthcare services.”