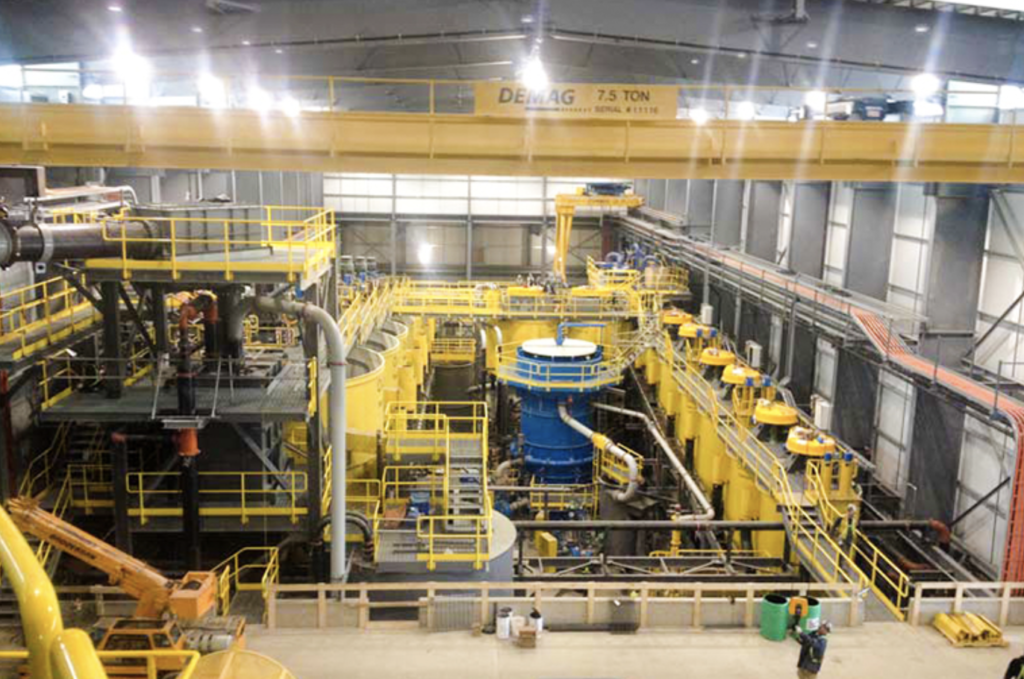 Base-metal analysts and tarnished copper miners are optimistic on a potential bull trend in copper amid optimism around U.S.-China trade talks and growing scarcity of the metal that’s offsetting concerns about a Chinese economic slowdown.

Copper hit an all-time high of US$10,190 per ton in 2011, but has been on a roller coaster ever since. The metal, considered a key barometer of the global economy given its various uses, hit a four-year high of US$7,348 last June before plunging to US$5,725 in early January. Since then it has clawed its way back to US$6,426.50 per ton, up 7.7 per cent since the start of the year.

The upturn comes as a relief for the Canadian copper industry, which produces approximately 600,000 tonnes annually — three per cent of global supply.

Canadian companies such as Hudbay Minerals Inc. (up 52.61 per cent year-to-date), Imperial Metals Corp. (up 71.88 per cent), Taseko Mines Ltd. (up 10 per cent) and Capstone Mining Corp. (up 6.5 per cent) are among some of the major copper producers riding the latest copper rally.

Brain Bergot, vice-president investor relations at Taseko, which owns 75 per cent of B.C.’s Gibraltar Mine, says he’s optimistic about an industry readjustment, fuelled by shrinking copper supply and a sliding loonie. But he’s concerned about China’s economic slowdown.

“We believe the fundamentals for copper are getting stronger every day,” he said.
“There’s limited new supply, and copper demand continues to grow at historic levels — around two per cent a year.”

“For Taseko, 80 per cent of our costs are in Canadian dollars, and our revenue is in U.S. dollars,” he said. “And the outlook for the Canadian dollar is not bullish.”

But Bergot believes the U.S.-China trade dispute, and China’s economy are holding back copper prices.

“We believe the tariff problem, and questions around Chinese government stimulus spending are an overhang for the price of copper,” the 20-year resource sector veteran said.

“People don’t know how it’s going to affect copper demand, and until that’s resolved there’s an uncertainty. Copper should be at a higher price today given the fundamentals.”

In a recent report, RBC Capital Markets analysts said they are cautious towards copper and mining equities given a slowing global economy. Governments and central banks are helping absorb the economic downside — and the physical market for copper remains relatively tight.

The analysts expect Teck Resources Ltd. (up 9 per cent year-to-date), First Quantum Minerals Ltd. (up 47.44 per cent), Lundin Mining Corp. (up 13.34 per cent) and Ivanhoe Mines Ltd. (up 37 per cent) among Canadian producers that are positioned to benefit from the rally.

RBC increased its 2019 copper price slightly to US$2.75 per ounce from US$2.63 per ounce, following a stronger-than-expected performance this year, but warn that cuts in Chinese or European demand could mean a copper surplus.

Still, if the electrification theme in autos and the electrical grid plays out this could offset slowing demand from China as could growth in other emerging markets, RBC analysts said. “We continue to see the need for more supply growth sometime in the mid-2020s, which would require a higher copper price.”

“Copper is the base metal that we are most positive about in the longer term,” he explained. “And a key part of that is the lack of supply growth due to the restricted capital expenditures that have been in the copper market over a number of years.”

A recent Danske Bank report said that China is showing signs of a moderate recovery this year on the back of stimulus, which is reducing uncertainty. The Danish bank expects a U.S.-China trade deal in the coming months, and forecasts  more upside in emerging market assets.

David Cole, CEO of EMX Royalty Corp., which holds 38 per cent of its mining portfolio in copper, says that copper scarcity will drive prices long after the U.S.–China trade negotiations are over.

Cole explained that worldwide copper consumption has risen to the point of needing the equivalent of one new Bingham Canyon Mine every year.

Utah’s Bingham Canyon Mine, owned by Rio Tinto Group, is the largest man-made excavation on earth, and has produced more copper than any other mine in history — more than 19 millio

“Over the course of the next quarter century, we will produce and consume the equivalent of all the copper that has ever been produced in human history,” said Cole.