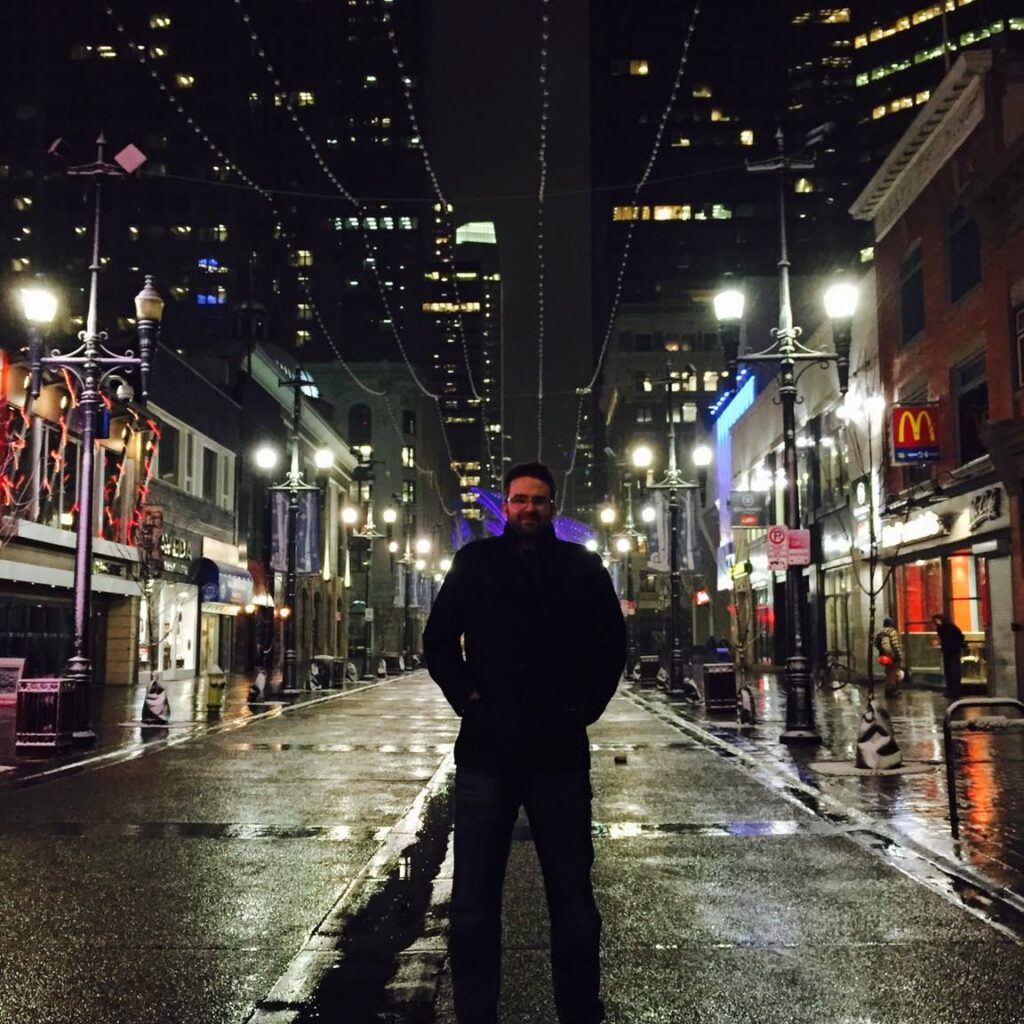 James is a multimedia journalist based in Alberta. He has bylines in the Winnipeg Sun, National Post, Financial Post, Western Producer and Thompson Citizen. He holds a degree in arts and science and a diploma in journalism. He is a recipient of the Jason Lang, Elaine Taylor Thomas and Gord Kelly Memorial Scholarships for academic and journalistic excellence. He has written one half-decent memoir, Gold Bloody Gold, which is available on Amazon.

James is a father of two children. He’s swung an axe through the Coast Range Mountains of British Columbia as a mineral exploration field technician and drilled for gold anomalies in the Yukon. He’s travelled the Alaska Highway in the dead of winter as a geological consultant for major energy companies.

James was a competitive hang glider pilot in the 90s, reaching 20,000 feet at the 1994 U.S. Nationals in Albuquerque, New Mexico. He competed in multiple Canadian National and regional meets.

“James Snell gives us a portrait of an extraordinary true story. It should be known to the world. He writes with intelligence and a touch of poetry that will make your emotions vibrate. We are transported into the world’s greatest discovery of gold and the genius of the man who discovered it. Windows of the family life behind the man are opened and give the reader a full understanding of the magnitude of the suffering and the injustice he and his family lived. A must read by everyone in this time where truth should be extracted and brought to full light!” Johanne Perron