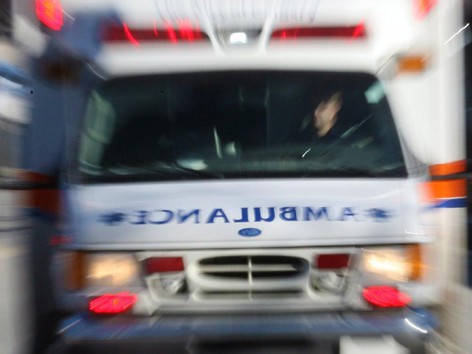 The feud between Winnipeg firefighters and ambulance paramedics, who operate under the Winnipeg Fire Paramedic Service umbrella, but are represented by different unions, just intensified. Winnipeg Mayor Brian Bowman is caught in the middle.
In a statement on Wednesday, the United Fire Fighters of Winnipeg (UFFW), which presents firefighters and firefighter-paramedics, called on Bowman to release video footage of an incident where several firefighters were accused of not helping an ambulance crew provide patient care.
A third-party investigation ruled the firefighters didn’t prioritize patient care, resulting in a two-minute delay in transporting the patient, a 23-year-old Indigenous woman suffering from self-inflicted stab wounds to her throat, to hospital.

The UFFW said confidentiality is no longer an issue in the matter. As a result, they want video from the forward and rear-facing ambulance cameras released.

“This time-stamped video evidence will show the firefighters in question did not fail to provide proper medical care,” the UFFW said. “Nor did they cause any delay in the patient’s transport to hospital. We ask all members of the public to objectively watch the 4:16 scene footage to make their own judgment.”The UFFW said the incident isn’t about racism.“Rather, this is fallout from a long-standing and well-reported conflict between ambulance paramedics and firefighters,” they said.Complicating matters, the UFFW said a camera inside the ambulance was covered by a paramedic’s jacket. They said five additional ambulance cameras were not working (during the incident).

In a press conference on Wednesday, Bowman said he’s read a report on the matter but hasn’t seen the video in question. He said there’s a confidential hearing process underway to manage the issue, adding UFFW president Alex Forrest should respect processes relating to (his) collective bargaining agreement. Bowman brought the issue back to systemic racism, saying union leaders, including Forrest, have not acknowledged the existence of systemic racism. He has requested a meeting with WFPS unions to iron-out longstanding relationship problems.

“Some of the issues within the Winnipeg Fire Paramedic Service that relate to workplace culture are connected to issues of racism and allegations of racism,” he said. “So I really think it is incumbent upon everybody to redouble their efforts and try to work together.”

Michelle Gawronsky, president of the Manitoba Government and General Employees’ Union (MGEU), which represents Winnipeg ambulance paramedics, fired-back at the UFFW and Bowman, saying in a statement there was a delay in transporting the Indigenous patient to hospital, and an attempt to cover-up the events. She said the MGEU has been raising concerns about discriminatory behaviour in the WFPS for years, adding it was the MGEU that filed the complaint that forced the city to initiate the independent investigation into the matter.“The mayor’s suggestion that MGEU has not called-out racism is an obvious lie, probably intended to distract from his failure to make any progress in dealing with workplace culture at the WFPS,” she said. “Now that the crisis in his workplace has deteriorated to the point that patient care was placed at risk, the mayor has made a cynical and transparent attempt to reframe this crisis as a feud among unions. This is a shameless tactic to divert attention from his legal responsibility as the employer to ensure a workplace free from these behaviours. The mayor has the authority to fix this problem. He should use it.”In a statement, WFPS chief John Lane acknowledged the problem of systemic racism in the department, saying there’s no tolerance for racism or discrimination based on any human rights characteristic among any city employee or member of the public.