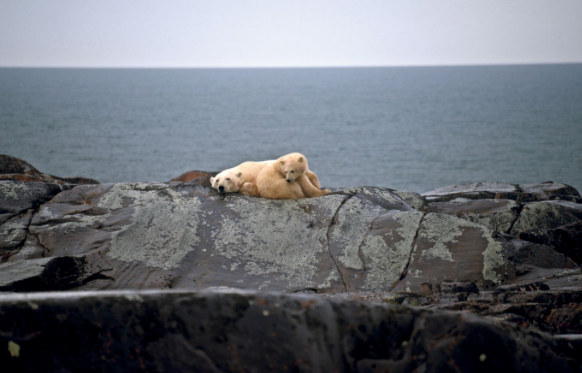 The PPAC is the result of a number of proposals from business people, indigenous leaders, and communities exploring the possibility of pipeline projects to deliver Saskatchewan’s energy products to market. “This includes projects expanding access south through the United States, and projects that would create access through the port of Churchill.”

With 2019 oil production pegged at 487,300 barrels per day, and 491,200 thousand cubic feet (mcf) of natural gas per day, Saskatchewan and Canada need all the pipeline capacity they can get, the Saskatchewan Ministry of Energy and Resources says.

“Natural Resources Canada cites that Canada’s proven oil reserves total around 171 billion barrels of oil, 4.7 billion of conventional, offshore and tight reserves which are spread across B.C., Alberta, Saskatchewan, Manitoba and Atlantic offshore,” the ministry told the Thompson Citizen. “Any new pipeline and export terminal infrastructure has the potential to offer many economic benefits, including an increase to government revenues, construction and permanent jobs, community benefit agreements and opportunities for local companies.”

The ministry said the “egress and export” capacity for natural resource products, particularly oil, is of critical economic importance.

“In 2018 the lack of access to tidewater cost producers roughly $3.7 billion in lost revenue, and cost the government of Saskatchewan about $250 million in lost oil revenue,” they explained. “From January 2019 to October 2019 the estimated costs were $1.6 billion to producers and $110 million to the government of Saskatchewan.”

The province of Saskatchewan said that any prospective pipeline project would need to have a “lead private sector proponent to begin advancing any formal discussions with interested parties.”

“PPAC would work with potential proponents looking to advance pipeline projects; if a project were to move forward, the proponent would be responsible for following all regulations and consultations required by federal and provincial legislation,” they explained.

“The AMC calls on Saskatchewan Premier Scott and Manitoba Premier Brian Pallister to ensure that First Nations in Manitoba are involved in discussing the development of an oil pipeline to Churchill,” Dumas said. “First Nations in Manitoba must be involved, consulted and engaged in the process in a manner that respects their rights and interests. This includes considerations of First Nations’ interests in other infrastructure including the railway, and, if developed, their involvement that leads to positive economic benefits and prosperity.”

Manitoba Minister of Agriculture and Resource Development Blaine Pedersen  told the Citizen that there are currently no new pipeline proposals that require dialogue with the government of Saskatchewan.

“[But] we are always interested in exploring opportunities for economic development in Northern Manitoba, though any proposal of this nature would have to go through the proper environmental approval processes,” he explained. “As well, a full consultation process with all stakeholders, including Indigenous leaders and communities, would be required before any such project would be approved.”

OmniTrax, which previously owned the port of Churchill and the Hudson Bay Railway from The Pas to Churchill, toyed with shipping oil to the port by rail before shelving the idea in 2015, citing consultations with Indigenous peoples and the provincial government as factors in its decision to suspend those plans.

About 80 people in the Saskatchewan community of Guernsey were ordered to evacuate their homes Feb. 6 after 31 cars of a 104-car freight train derailed and a dozen oil cars caught fire.

Manitoba Keewatinowi Okimakanak declined comment on the idea of a pipeline to Churchill.