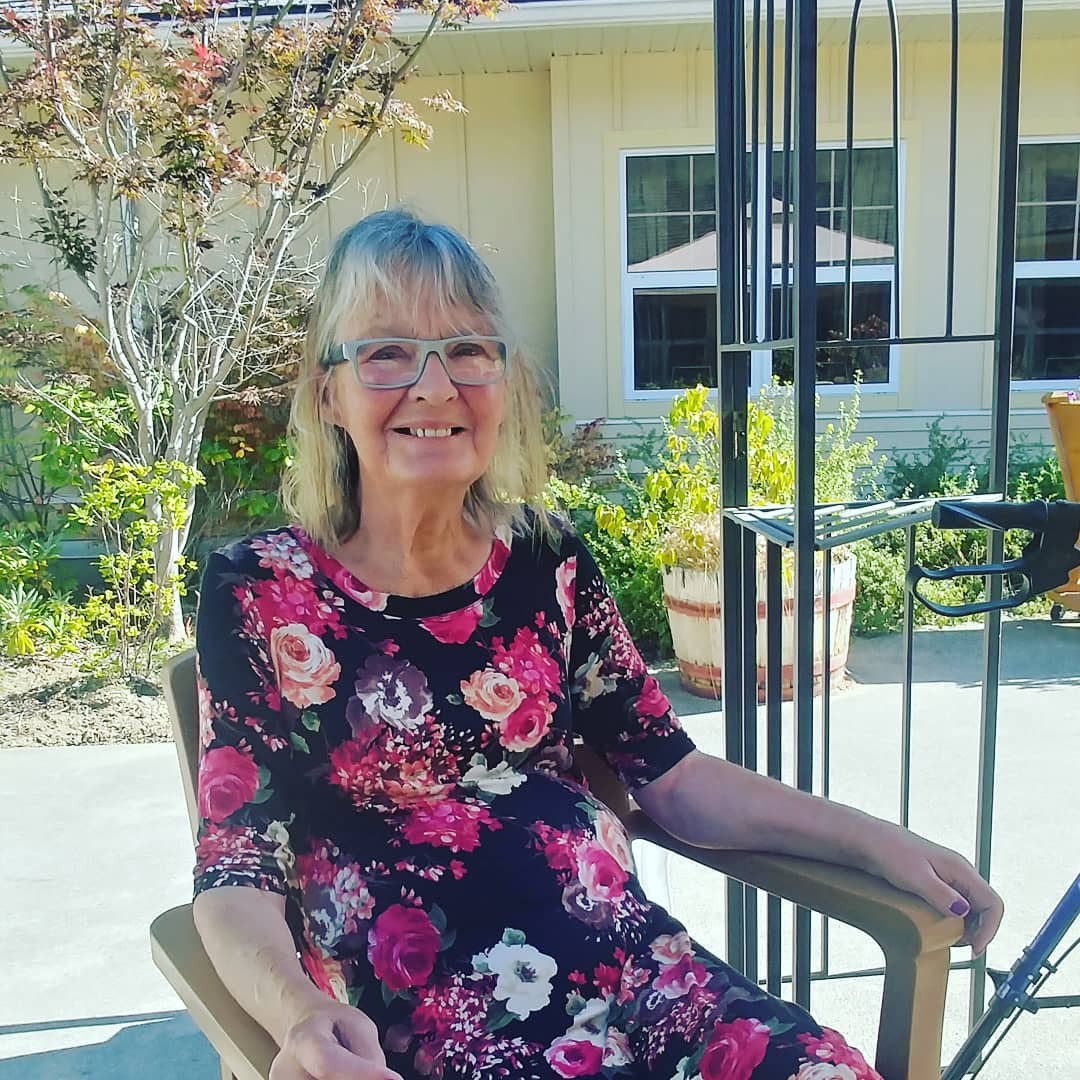 For six weeks during my first year of journalism school, I was with my mother in Kamloops Hospice. Strange things and beautiful things happened. She was given three weeks to three months to live. Hospice was a large single-level home with gardens and brick patios. From the front yard, you could look west towards Cache Creek ranch country, and east towards the forested Shuswap region.

My mom’s bedroom windows had panoramic views of downtown Kamloops. There were two kitchens and five living room areas at hospice. The place smelled of home-cooked food and lemon essential oil. Over the weeks, I came to associate those smells with death.

There were pictures on all the walls – mostly landscape oil paintings and watercolours. My favourite piece was a gallery-sized floral decorative work that hung near the front door. In late afternoon, light from the painting bounced off the wall and cascaded down the hallway towards my mother’s room.

When a resident dies in Kamloops Hospice, and gets carted off in a quilt-covered body bag, the staff hang a butterfly ornament from the deceased’s doorknob.

I went on butterfly patrol twice a day, once in the morning, and once in the evening. I think other people did it too. I’m not sure why, but we walked the polished hallway in search of death.

I made a few friends while on butterfly patrol, sad sons, dying daughters, malevolent mothers, far-away fathers and happy healthcare professionals – all gathered in a staging area for departing souls.

I thought about God while on butterfly patrol, and was reminded of a song by Regina Spektor.

My mom’s visitors started arriving in early afternoon – they were on butterfly patrol, too. They left wine, cigarettes, money, cards, flowers, tears, hugs and stories. My mother’s hospice room became a shrine to love, regret and addiction.

Her phone rang off and on throughout the day. Sometimes she answered like an excited child, other times she answered like a 74-year-old woman in palliative care. In the evening, as the sun went down and the lights of the city twinkled into her room, I played her favourite music. John Lennon.I played it loud enough to drown-out the end-of-life sounds that sometimes drifted through the rafters and walls. Loud enough to drown-out the hallway walkers and butterfly patrollers.

One afternoon, I sat down with a nurse at Kamloops Hospice. She spoke of supernatural things that eased my grief. She said that when someone dies at the facility, and there’s a deer in the area, the deer will often lie down underneath the patient’s bedroom window. She saw it on many occasions – wildlife attracted to the building when people are dying. If one of the staff saw two deer in the area, they knew that two people would probably die that day. A lot of people saw, and had conversations with, dead family members. Some people asked to pack their luggage just before dying.

Another staff member told me that one day there were nine deer in the churchyard across the street. They lost nine people that week. She said she wouldn’t have believed it unless she’d seen it.

Incredibly, my mother is still alive. Having evaded her prognosis several times, she now lives in a palliative care facility in Nelson B.C. She still smokes and calls me almost everyday.

When I lay down at night in Fernie, I wonder if a deer, or other animals, will attend my mother’s death. I wish I could see her more often. Even though I’m no longer on butterfly patrol, my mind is busy with loss, guilt and love.

Watching a parent die is painful and beautiful. Like running an emotional marathon. But there’s good to be found if you’re good to one another. There’s magic.